Here are some photos of our 2-day trip on the upper section of the Middle Fork American River. We float a total of 12.5 miles of which 8 miles has no access other than by raft. We met the guys in Auburn at 6am. 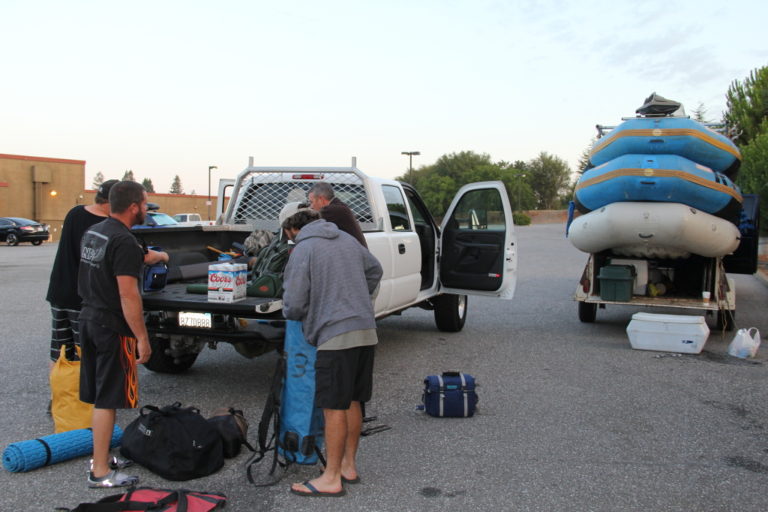 After packing the personal gear in the dry bags we loaded up and headed to put-in. 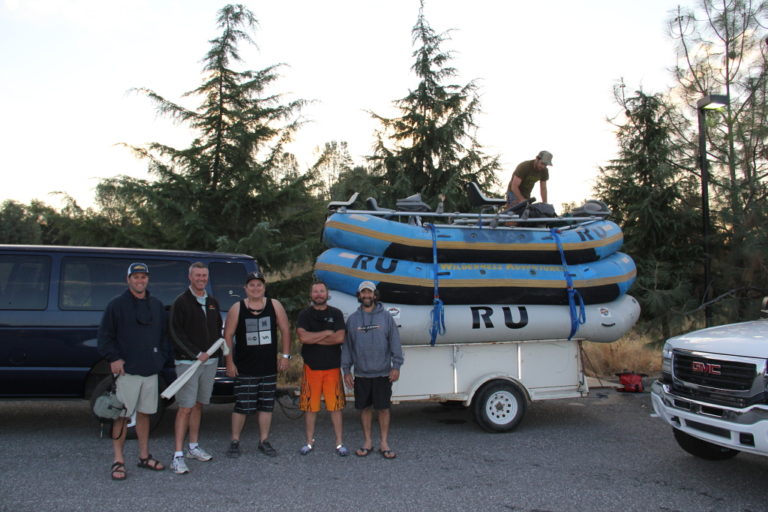 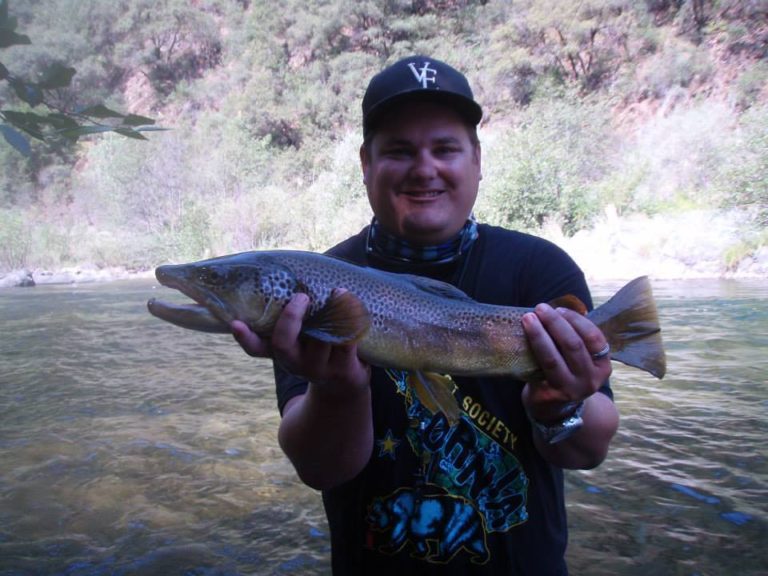 This brown was caught from shore at camp. 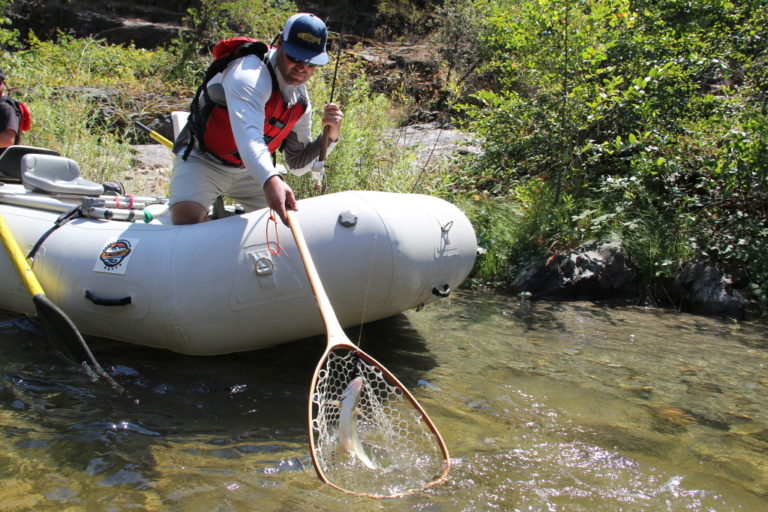 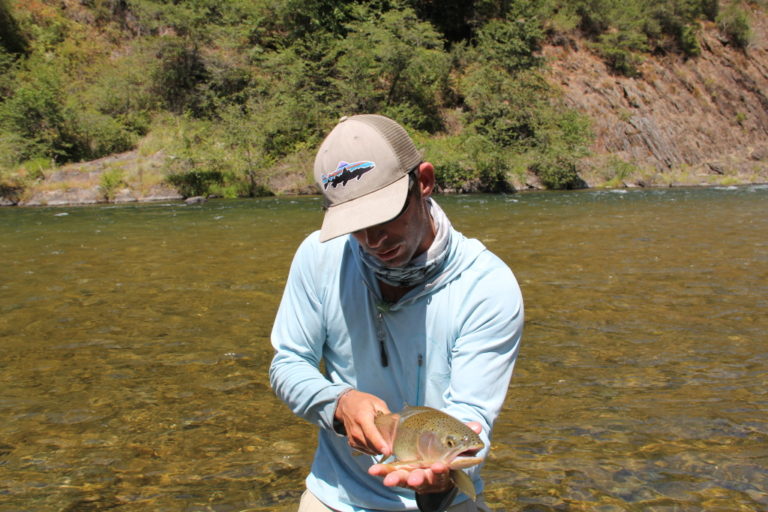 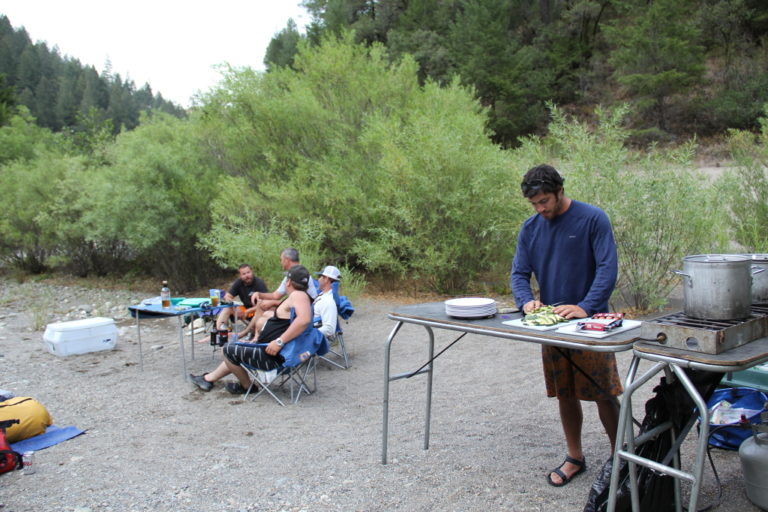 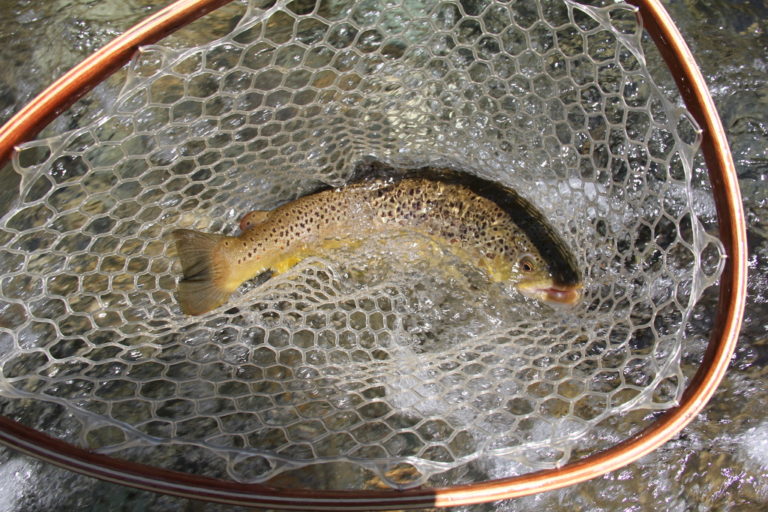 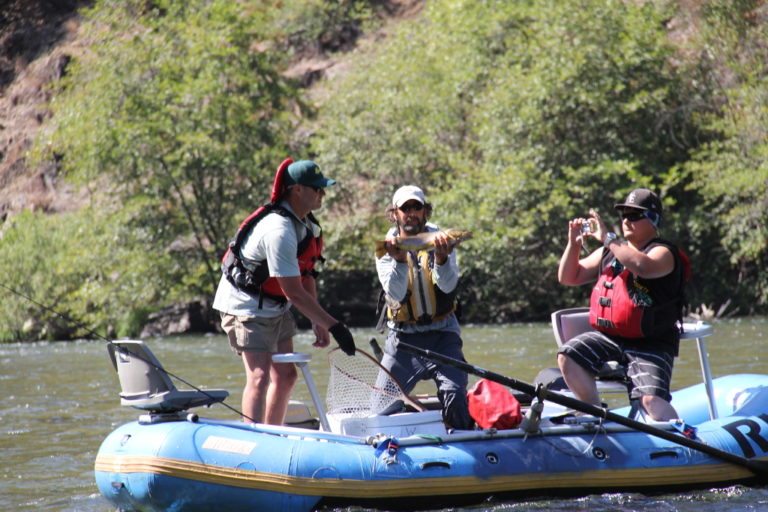 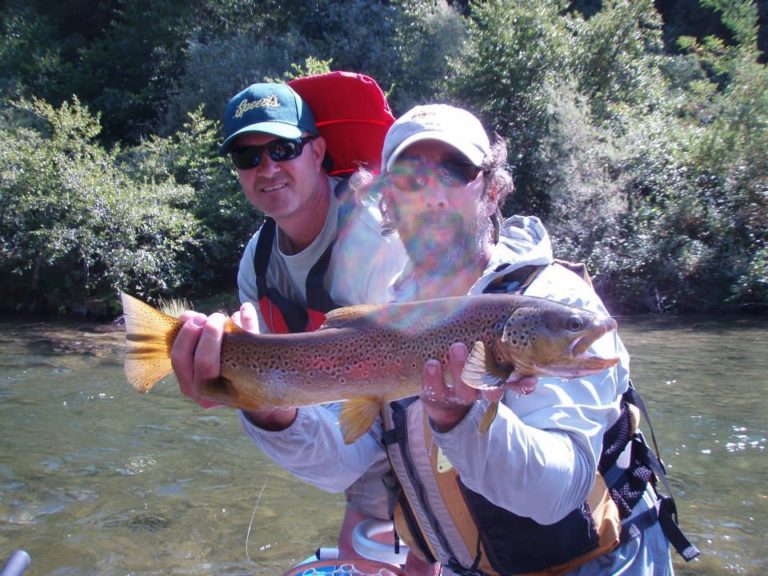 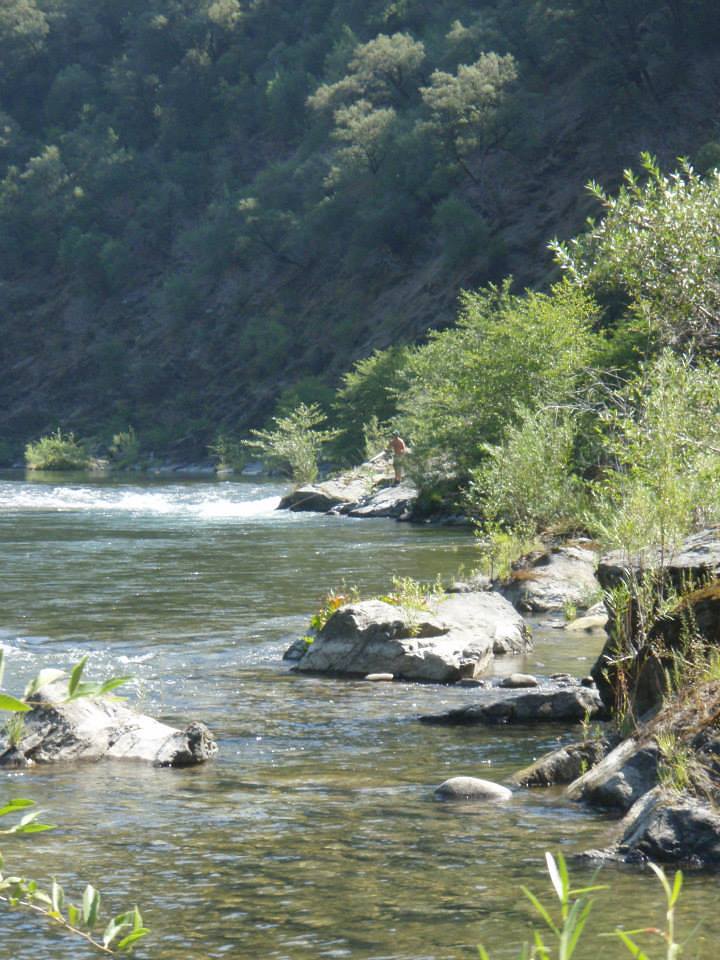 Looking for some eddy action. 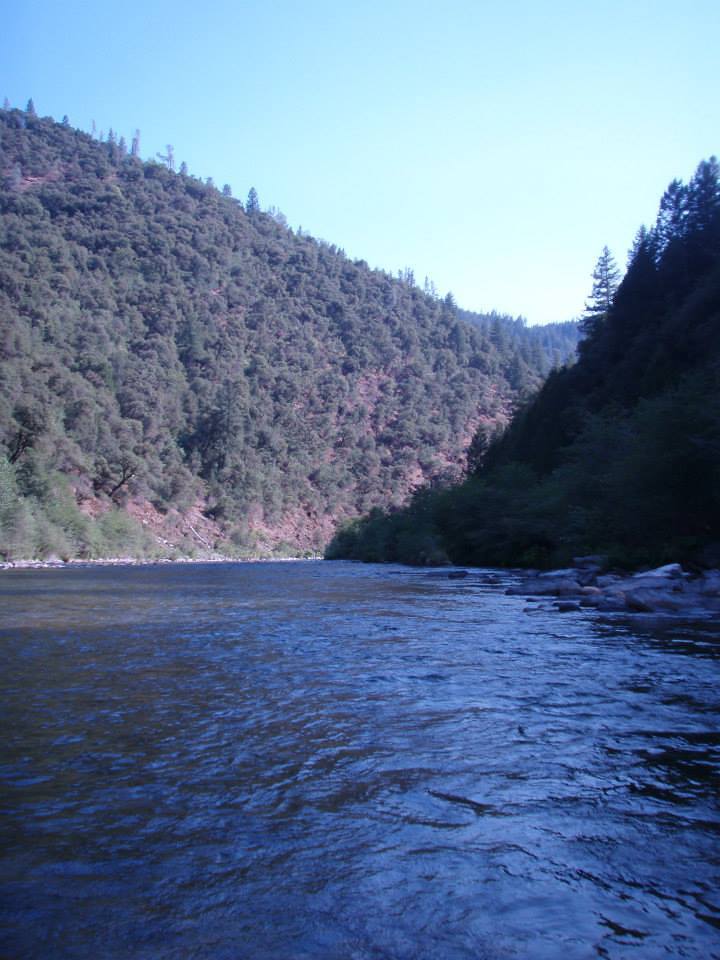 Looking down at Upper Fords Bar.

This year my father (John Hogg) picked up a weekend at The 5 Dot Ranch for a still water Clinic with Doug Oullette, and Ernie, the Crowly Crusher.

On the way up the the lake we stopped on the Truckee River for an evening and morning of short-line nymphing. 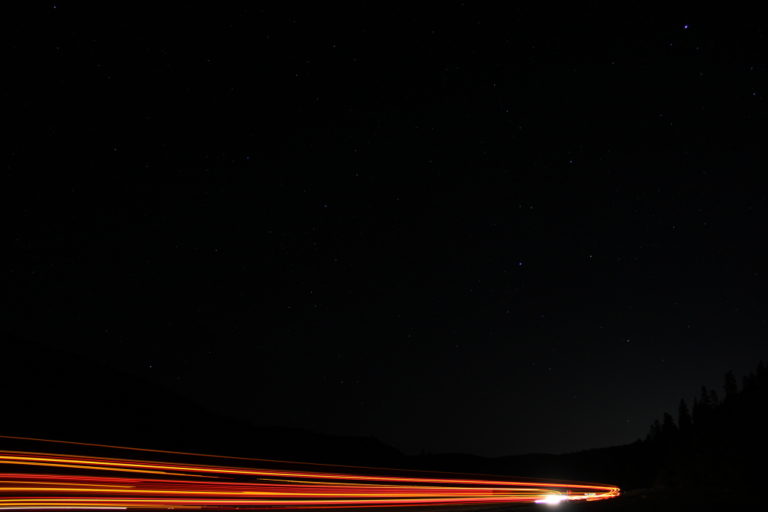 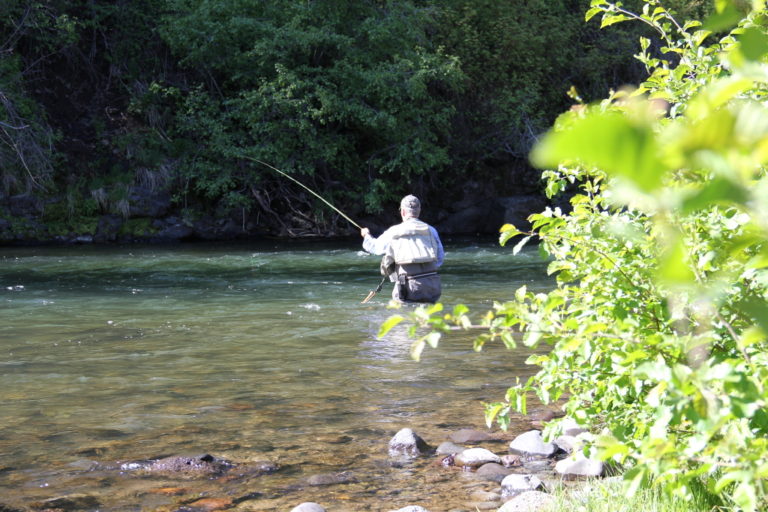 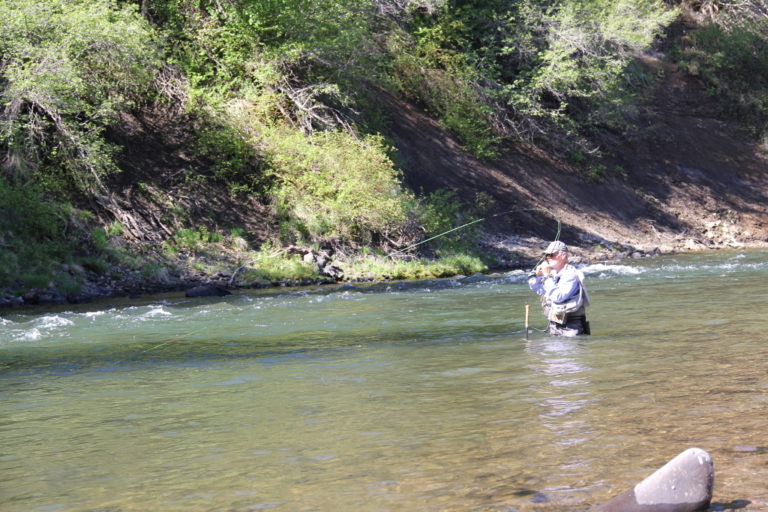 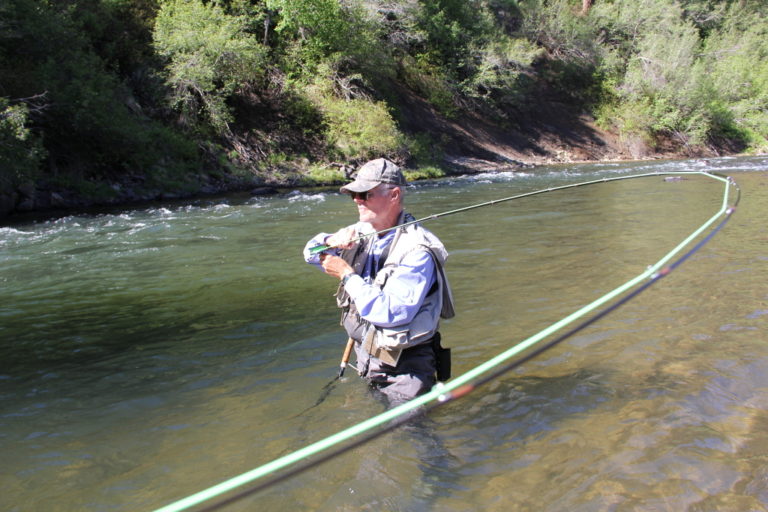 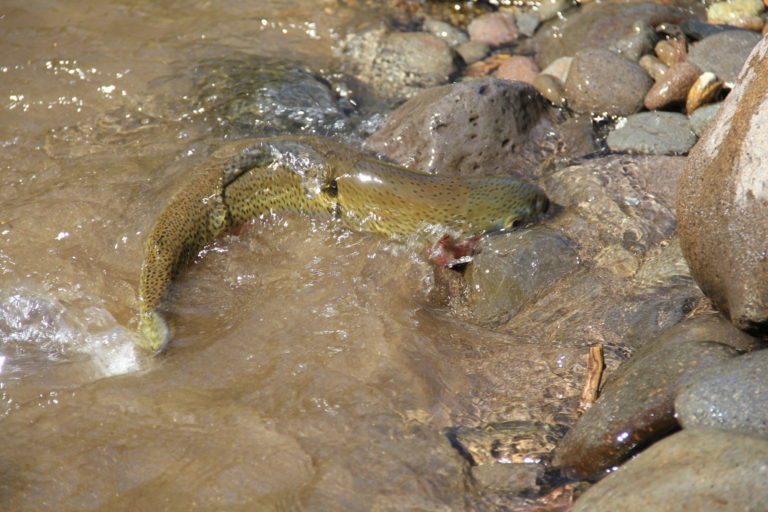 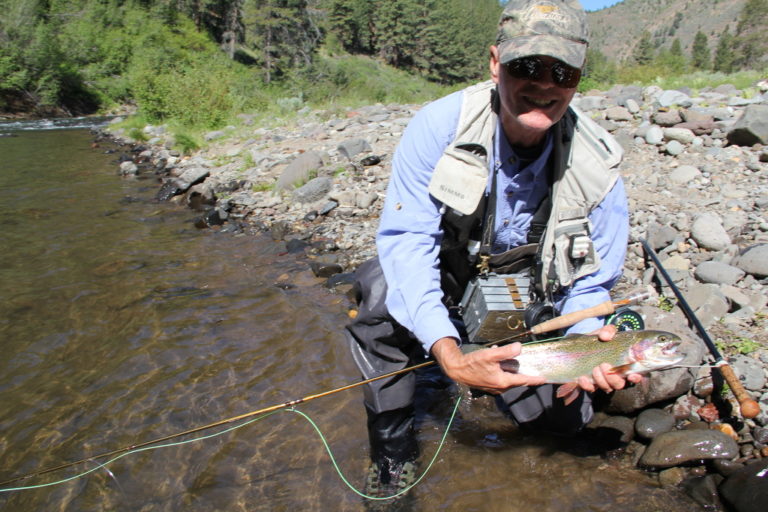 After a good morning of fishing below the town of Truckee, we packed up the trailer and headed to the lake. The first evening was filled with a meet and greet, and Doug gave us a wonderful presentation on lake fishing and the techniques that he uses. 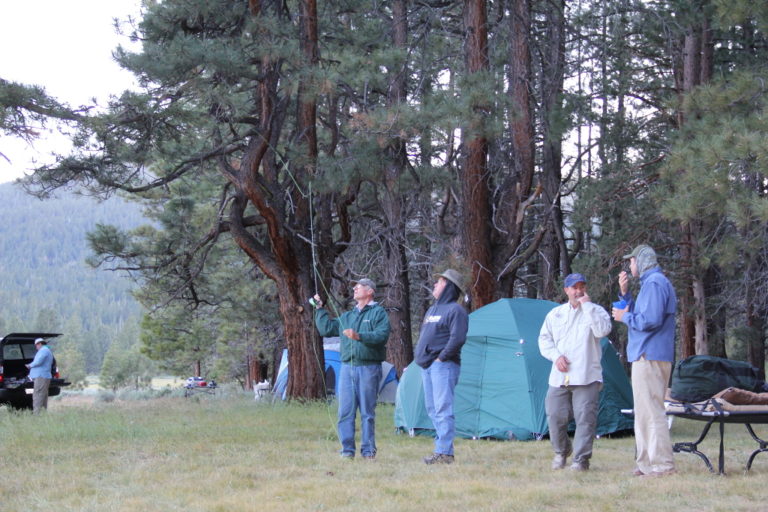 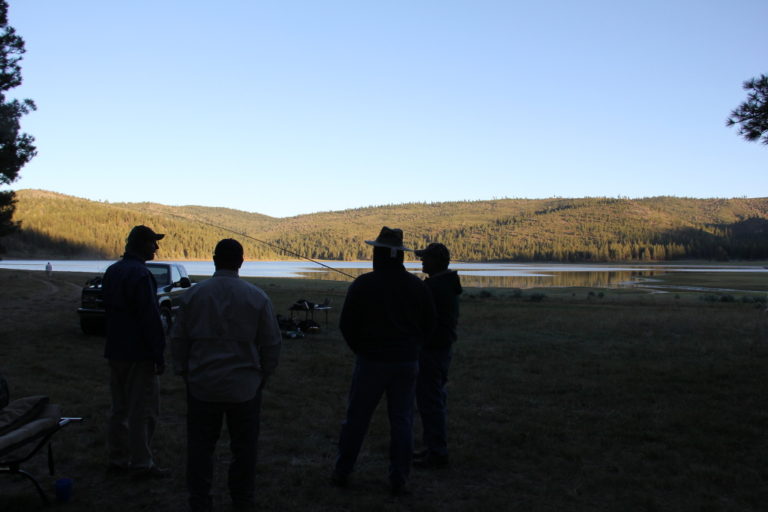 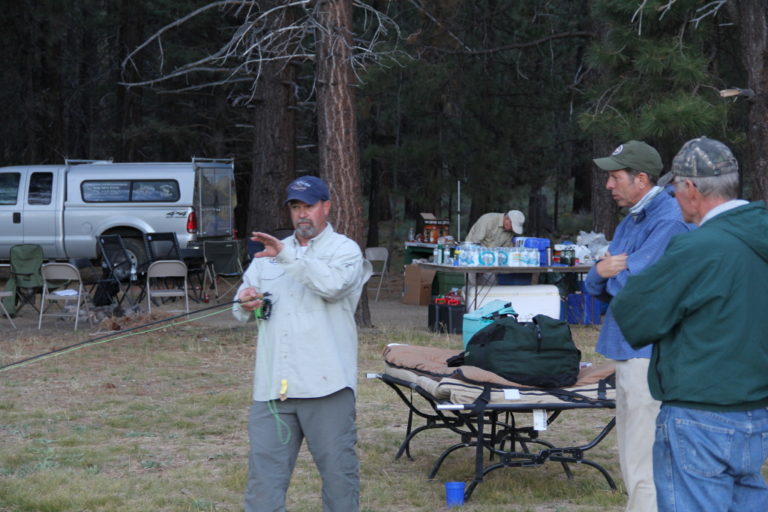 My conclusion is that I have much to learn about fishing the still water. 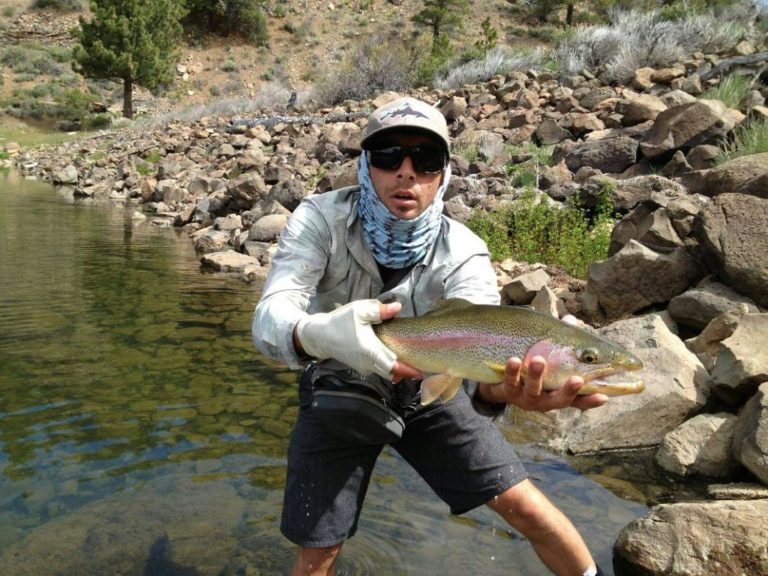 A great triploid rainbow I stalked from the the dam.

Headed up the Feather drainage a couple weeks ago on a kayaking trip. Have been working on upgrading my camera equip. Have the new Dji Phantom drone with a Gopro hero3 mounted on it. This is what I came up with.

On Friday, 9/23/11, we brought Greg A. and Dick H. on our Chili Bar fishing trip. We had a great day with both guys hooking into several very nice fish. We were on the river by 8:00am, and the action started instantly. At put in, I noticed some fish working on the surface on the other side of the eddy. Our main focus of the day was going to be fishing big streamers on type six sinking lines, sometimes using split shot. However, I rigged Dick’s rod with a small foam body dry fly to start, and he hooked up a nice little rainbow on his first cast of the day! At this point, I knew it was going to be a good day. Within the first mile, Greg slams a big brown. For the rest of the day, we fished hard, and both guys hooked into several nice fish. 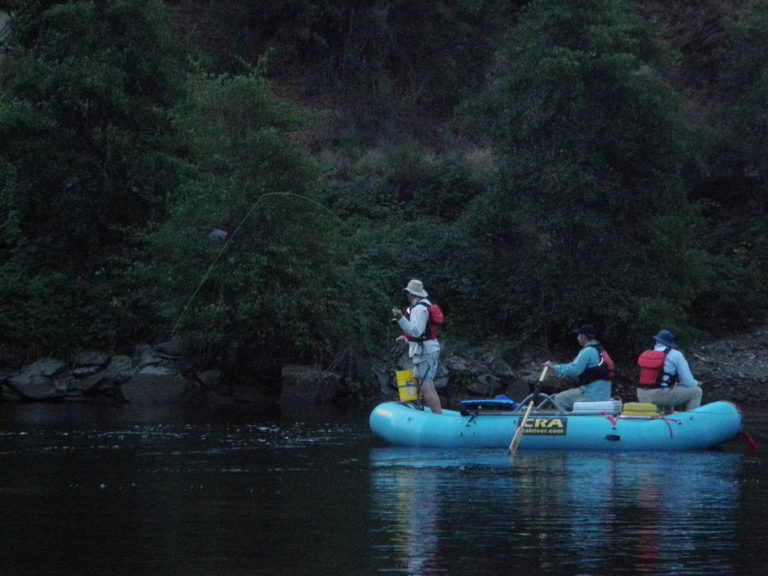 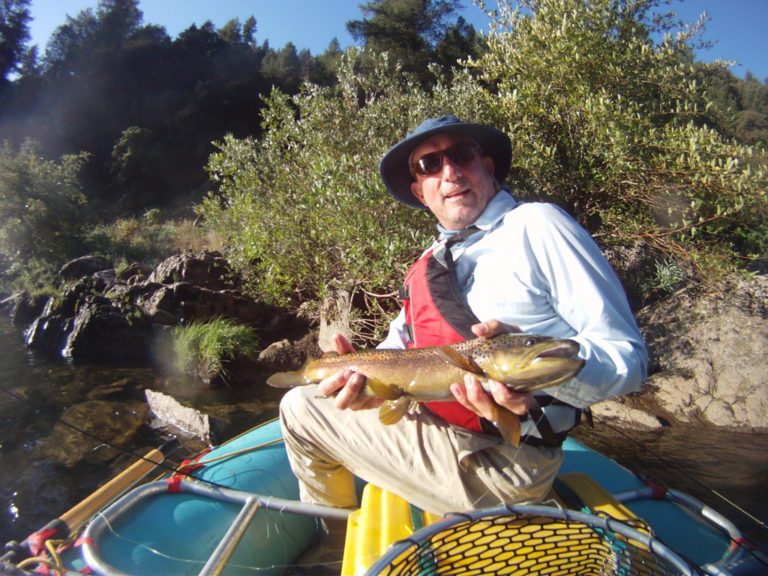 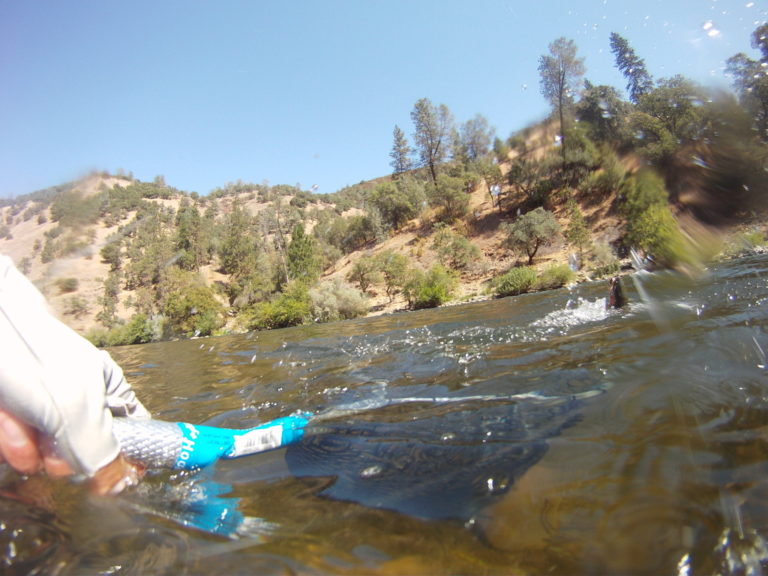 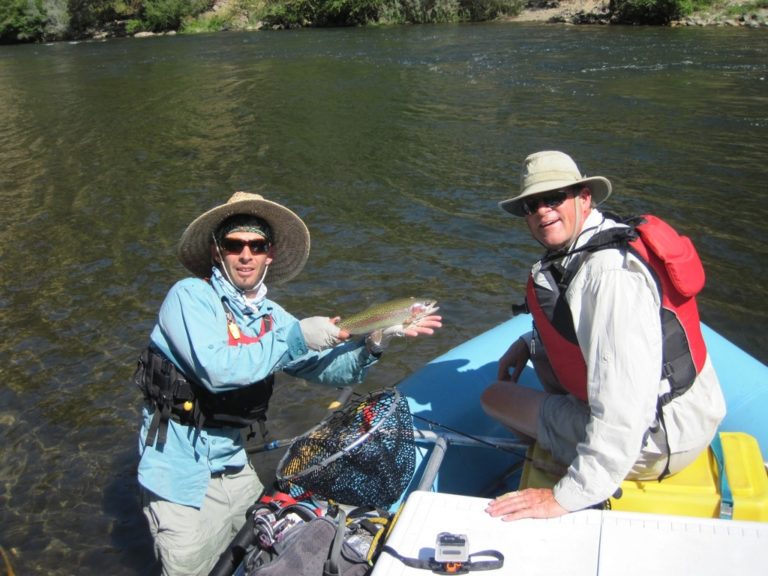 Paradise lodge is located on the East coast of the Yucatan Peninsula on a thin strip of beach directly between Espirto De Santo Bay and Chutemaul Bay. After flying into Mexico, it takes five hours of driving south from Cancun in a cool air conditioned van for us tospend six days of fishing the two bays and inland brackish lakes.

Upon arrivial, Eric the lodge manager, asked us what we wanted to fish for. In unison, my dad and I both said, “PERMIT!”.

It takes about an hour and a half to drive 30 miles to Espirto De Santo Bay from the lodge, so we spent only two of the six days fishing there.

After launching the boat and arriving on the other side of the bay, we were lucky enough to spot a pod of Permit feeding in a long shallow flat. After my dad took numerous shots he handed me the rod. On my second attempt I hooked into this big guy and was lucky enough to land this fish-of-a-lifetime. As soon as I released him, Dad was back up on the casting platform. He hooked right into a nice permit as well. It was not as big as mine, but he made up for it on the last day by catching the best fish of the trip, and his life.

On the second day, we fished one of the inland lakes in search for some rolling Tarpon. Due to the confined nature of the mangrove lakes, you are actually spot fishing. So anglers must hunt for the fish before ever making a cast. But once you find a pod of rolling Tarpon, the fun begins.

We both landed a few nice baby Tarpon and jumped a dozen more. John actually caught a Bugle Boy native to the area. It is kinda like a Bass.

Below is a glimpse of the 40 lbs + Permit we landed on the last day.

John Hogg landed this Permit on our last day, in the last hour. Amazing!

The plan was set. We were going to meet at the red shack, just off hwy at 12:00pm. Scott Blankenfeld and I (Robby Hogg) have fished The Chili Bar Section of the South Fork American River six or seven times this year out of a raft. We wanted to get into the good stretches with a lower river flow to see if we could get some more dry fly action on the surface. From the turn-off down to the river is about 2.5 miles. Down hill on the way in, up hill on the way out. I had taken for granted how much access we get while using the rafts. The hike out reminded me of that fact.

The trail accesses The South Fork American River about two miles downstream of The Chili Bar Dam at Race Horse Bend. Once we arrived at the bottom, we decided to work our way up stream. Our rods were set up with a hopper dropper rig with a big grass hopper on the end of a 9’ leader, followed by 18” of tipit with a small dark wet fly. I feel this set-up doubles your chances. Right off the bat, we saw a rainbow working just above us. Scott presented his hopper, with a bright pink underbody, with great success.

We worked the the pools between Racehorse Bend and Meatgrinder with our hopper dropper set-up on the way upstream. At the top of the pool I switched and put on a big streamer. At this point I have not even had a hit. On our way back down I worked my to the top of the eddy right below Racehorse bend. First cast pulled out a little guy. At this point the sun started to dip and we called it a day. It took a lot of effort to get in and out of here, but over-all, it was another good day of fishing.